Wines of the World

Wines to enjoy on your solo travels

From Italy to Australia, it’s great to savour the wonderful flavours from some of the world’s greatest wine-producing countries. What’s even better, is enjoying these wines, while taking a solo adventure visiting local vineyards with spectacular views.

Where do you begin with Italy? It’s the world’s largest producer of wine and not surprising as you’ll find producers in every single region of this country – from top to toe. For example, on a solo walking holiday to Tuscany why not enjoy a bottle of Chianti or two. Dating back to the 14th century, this wine is sometimes referred to as the ‘Bordeaux of Italy’. There are a huge variety of Chianti blends - which will you prefer?

If you’re planning on joining a singles walking holiday along the Camino de Santiago then you could be in for a treat visiting the La Rioja wine region. More than 500 wineries are scattered across the landscape. Generally, a Rioja wine is known for being a fruity red possessing a dark cherry and berry flavour however, you’ll also find white Rioja and Rosado on the table should you prefer something a little lighter.

The Cape Winelands, made up of Stellenbosch, Paarl and Franschhoek, is the most important wine-producing region of South Africa, and home to world-renowned wineries.  Its Mediterranean climate is perfect for wine production so it’s no surprise that wine production has existed here since the first settlers came to the region. Cabernet Sauvignon and Chardonnay grapes are perhaps the most tried and tested grape varieties to use in its blends. A tour to South Africa in a solos group offers the opportunity to visit this region and enjoy a tasting of the local flavours.

Mendoza, nestled at the foot of the Andes and in the shadows of Aconcagua, the largest mountain in the Americas is arguably Argentina’s wine capital. Historically the region was known for pink-skinned grape wines such as Cereza, but more recently the deep purple Malbec has become the main planting. This vine was originally brought in as a cutting by French immigrants in the 19th Century however the Argentine variety differs from its French counterpart. The vineyards of Mendoza produce a particularly intense, rich Malbec. On a solo adventure to Argentina, don’t miss the opportunity to visit a vineyard (or two) to enjoy a tasting against the stunning mountain backdrop overlooking vineyards as far as the eye can see.

Australia has an astonishing range of climates, with distinct wine-growing regions producing a diverse range of wines. On a solo adventure to Australia, make sure you visit the Barossa Valley, one of the country’s oldest wine regions in Southern Australia. The area is best-known for its shiraz wines – in fact some of the oldest shiraz vines can be found in this region. Some would say that Shiraz from the Barossa Valley offer the most flavourful wine in the world with aromas of blackberry, mocha, dried currant – there’s a reason so many award-winning bottles are from this area. 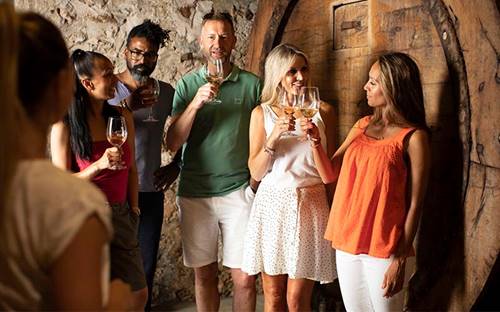 We can take you there