Spirit of India with Amritsar add-on

On this extended version of our Spirit of India Tour, you'll visit the impressive Old Delhi, enjoy a boat ride on the sacred River Ganges and visits to the shimmering Taj Mahal, Amber Fort and Khajuraho Temples and chance your luck on the search for the elusive tiger. Then head to Amritsar for two nights with a guided tour of Amritsar which has many famous sites such as the Durgiana Temple, the Tower of Baba Atal Ria and Jallianwal Bagh. You’ll also be invited to the Golden Temple for an evening ceremony. Then we’ll take you to the Wagah border for a spectacular ‘banging on the gates’ sunset ceremony before heading back to Delhi in preparation for your journey home. 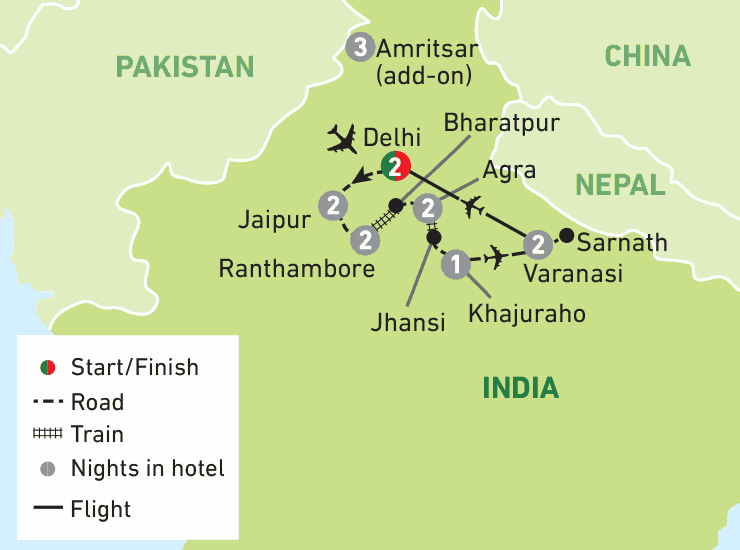 Today, make your own way to the airport for your flight to Delhi, arriving on day 2.
Next day

Today is free for you to explore Delhi at your leisure. This evening we will meet for a welcome dinner for the chance to meet your travelling companions.  Meals included: D
Next day

Jaipur is home to the magnificent Amber Fort. We'll visit it this morning to explore the inner and outer workings of the fortress and its surroundings. A traditional lunch will be served in majestic surroundings as we dine with the family connected to the 17th century Sankotra Haveli. This is a special experience as we savour exceptional cuisine, wear traditional dress and learn first hand the history of one of India's most noted families. Jaipur is affectionately known as the 'pink city'. The buildings here were painted pink by Maharaja's decree to imitate the red sandstone architecture of Mughal cities. A highlight is the City Palace, which we visit this afternoon.
Whilst in Jaipur you will also be served a glass of Lassi, a blend of water, yogurt, spices and sometimes fruit. The drink, traditionally served in earthern pots to add an unique aroma, is topped with a thick layer of malai leaving you refreshed and surprisingly full! Meals included: B,L,D
Next day

Drive through memorable scenery to Ranthambore - considered to be the best game reserve in India - to look for the country's famous tigers. We include a game drive this afternoon. Meals included: B,L,D
Next day

Join an early morning safari for another chance to experience the wildlife and hopefully spot a tiger. In the morning you can also take a trip into a local village on a camel cart. Then relax over lunch, before having the chance to take another (optional) game drive. Meals included: B,L,D
Next day

This morning we board the Jan Shatabdi Express for the journey to Bharatpur and then continue by coach to Agra. We pause at the deserted city of Fatehpur Sikri on our way. Meals included: B,D
Next day

The Taj Mahal was built by Emperor Shan Jahan as a symbol of his love for his wife. The sight of this magnificent mausoleum is certain to surpass all your expectations. Close by is Mehtab Bagh, a centuries-old garden complex, which sits on the other side of the river. You'll get to see the Taj Mahal from here too, for equally splendid views. This afternoon we head to the UNESCO-listed Agra Fort. This powerful fortress was the imperial city of the Mogul rulers. The Mohabbat Taj Show, a saga of love, creates a fitting finale to our day. Meals included: B,D
Next day

We take to the railway again today for a scenic journey between Agra and Jhansi, and then rejoin our coach to head to Khajuraho. Meals included: B,D
Next day

Khajuraho is home to world-famous temples, which we will visit as part of a sightseeing tour of the city. Later today, we fly to Varanasi. Situated on the banks of the sacred River Ganges, Varanasi is colourful, chaotic and one of Hinduism's holiest cities. To get the most out of your time here, you need to experience the city with an open mind. Its principal attraction is the bathing ghats that line the west bank of the Ganges, where Hindus bathe in the water to cleanse themselves of sin.
This evening we offer the opportunity to watch a traditional arti ceremony, which involves an offering of light, food, water and flowers to the deities. It is considered a fundamental part of the Hindu faith. Meals included: B,D
Next day

We rise before the sun this morning to sail along the Ganges and see devout Hindus bathing and praying beneath the rising sun. We head back to the hotel for breakfast before enjoying a short tour of Varanasi. This afternoon we visit the ruined city of Sarnath. This is an important pilgrimage site for Buddhists as it was here that Buddha gave his first sermon. Meals included: B,D
Next day

Relax this morning or take the time to enjoy some final sightseeing before your afternoon flight to Delhi. This evening, join your fellow travellers for dinner, an opportunity so say a fond farewell to those who are heading home tomorrow. Meals included: B,D
Next day

Transfer to the train station for the journey to Amritsar. One of the most pristine cities with Guru-vaani humming from the Gurudwaras, Amritsar is renowned world over for the Golden Temple, also known as Harmandir Sahib Gurudwara. On arrival, transfer to your hotel where two nights' accommodation has been reserved for you.

This evening is an included visit to the Golden Temple for a night ceremony.

This morning is an included sightseeing tour of Amritsar. There are a number of religious and historical sites to see, including the Durgiana Temple, the Tower of Baba Atal Ria and Jallianwal Bagh – the site of a massacre where bullet marks can be seen. Make the most of this city which is a centre of Sikhism and culture. This afternoon is at leisure.

During the evening you will be taken to Wagah, the only border crossing between India and Pakistan to attend the spectacular sunset 'banging on the gates' ceremony.

Transfer to the airport for the flight to Delhi. Upon arrival in Delhi, transfer to your hotel where overnight accommodation has been reserved for you. Meals included: B
Next day

Transfer to the airport for your return flight to the UK, arriving later the same day. Meals included: B

The Grand New Delhi is perfectly located to act as your hub in Delhi, with the airport, major shopping and entertainment destinations and the city’s tourism hot spots all close by. The hotel has 390 rooms, 8 dining destinations and spa.
Next accommodation

The Crowne Plaza Jaipur is a contemporary hotel with great amenities. There are 7 restaurants at the property, offering a range of dining options.
Next accommodation

The 4* Jungle Villas, Ranthambore is located in 10 acres of natural forest close to Ranthambore National Park. It offers an outdoor pool and spa center as well as an onsite restaurant. Each bedroom has its individual style and has modern amenities such as a kettle and private bathroom with extras such as bathrobes, slippers and toiletries. The hotel has a 24 hour reception.
Next accommodation

Just a mile from the Taj Mahal, the Radisson Agra is perfectly located for your visit. The hotel has an on-site spa, outdoor pool an all-day restaurant and a rooftop restaurant and bar.
Next accommodation

Mint Bundela is 2km from the Khajuraho Temples, making it perfectly located for your time there. The features 69 spacious rooms and a swimming pool.
Next accommodation

Hotel Madin is a property that has been rated as providing the best value in the city. There is an in-house restaurant, a fitness centre as well as a terrace area where guests can enjoy views of Varanasi. The air-conditioned rooms are furnished with a kettle, a flat screen TV as well private facilities. There is free WiFi and room service is also available.
Next accommodation

The Grand New Delhi is perfectly located to act as your hub in Delhi, with the airport, major shopping and entertainment destinations and the city’s tourism hot spots all close by. The hotel has 390 rooms, 8 dining destinations and spa.
Next accommodation

Lemon Tree Hotel, Amritsar is a 4-star hotel that offers a 24-hour front desk, room service and free WiFi. The hotel has a multi-cuisine coffee shop - Citrus Café, a rooftop bar – Slounge, as well as a fully equipped fitness centre, refreshing swimming pool and wellness spa. The Railway station is only 1.6 miles away, and the Golden Temple is 2.2 miles.
Next accommodation

The Grand New Delhi is perfectly located to act as your hub in Delhi, with the airport, major shopping and entertainment destinations and the city’s tourism hot spots all close by. The hotel has 390 rooms, 8 dining destinations and spa. 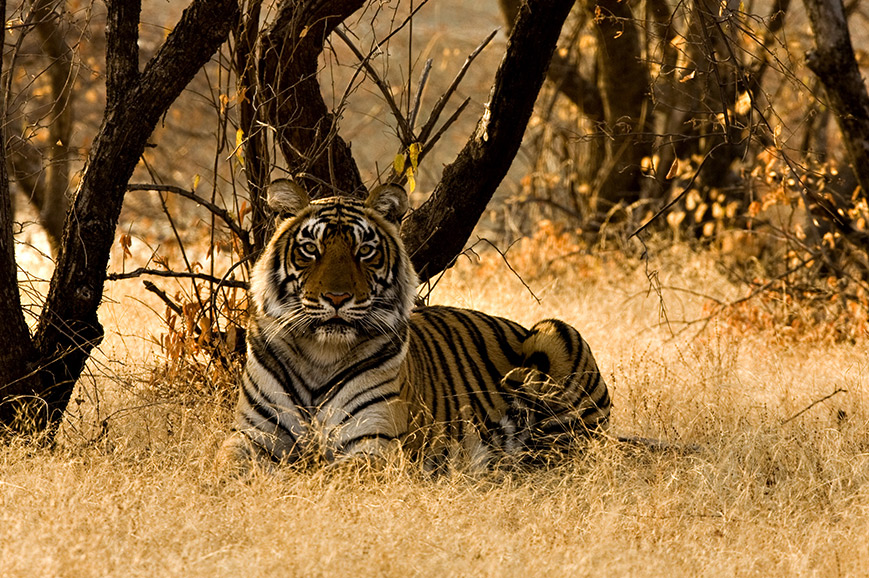 Another chance to enjoy a safari in Ranthambore National Park and to look for the elusive Tiger. Those hoping to see the tigers in their natural habitat won’t be disappointed, with sightings of the big cats occurring at most times of the year. Other wild animals that live here include leopards, wild boars, hyenas, and sloth bears. The park also features lush jungle and diverse plant and bird life, plus one of the largest banyan trees in India. Aside from its verdant jungle and wild animals, Ranthambore National Park is also known for being an important heritage site, with ancient ruins scattered across the lush landscape.

Another chance to enjoy a safari in Ranthambore National Park and to look for the elusive Tiger. Those hoping to see the tigers in their natural habitat won’t be disappointed, with...

From
£48
Add at checkout 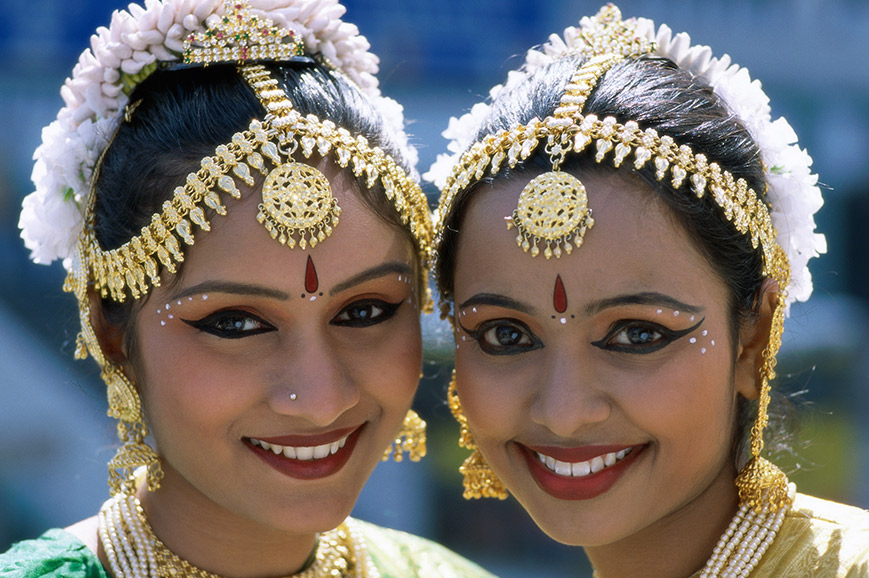 Take a sneak peek into the rich culture and tradition of this beautiful town and catch a glimpse of colourful performances”. The performance given by maestros and young talents of Indian classical dance, is a lyrical tribute to the Gods and Goddesses enshrined in the temples as well as a celebration of the richness of Indian classical dance forms. Various dancers from different Indian states come out with their dazzling performances. The tightly packed indoor theatre echoes with the rhythmic movements of the dancers. You will also be entertained by two musicians and a young girl who sings during the performance.

Take a sneak peek into the rich culture and tradition of this beautiful town and catch a glimpse of colourful performances”. The performance given by maestros and young talents of ...

From
£23
Add at checkout